MEMOIRS OF A TELEPHONE PIONEER – Published by NKCHS 2018 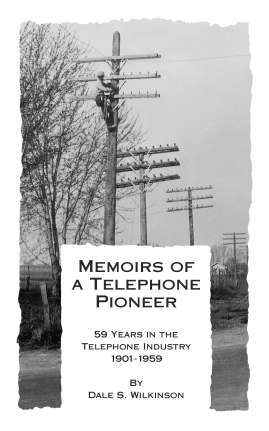 The Northern Kittitas County Historical Society is excited to announce their publication of a new book, MEMOIRS OF A TELEPHONE PIONEER, written by Dale Wilkinson who during 1908-1910 managed the Yakima office of the Pacific Telephone and Telegraph Company – the same company through which the Cle Elum exchange operated. The memoirs, donated to our Telephone Museum earlier this year, reveal a fascinating look into Mr. Wilkinson’s life story and an in-depth, well written historical record of the early days of the American telephone industry. His story spanned historic times in America – the Spanish-American War, First and Second World Wars, Prohibition, Great Depression, and Korean War. He worked alongside veterans of the Civil War, was present at the Alamo to hear President Teddy Roosevelt speak, and lived in San Francisco when the earthquake struck in 1906. Stage coach lines and travel by horse and wagon were commonplace during his early career. He directed telephone operations throughout the Northwest including Boise, Butte, Portland, Tacoma, Yakima, and White Bluffs (Hanford) where he became intimately involved with the Manhattan Project in 1943 as well as the development of the Priest Rapids Dam. Mr. Wilkinson recounts his life story, 59 years of it in the telephone industry, in remarkable detail, and with a dry humor and wit that keeps readers captivated until the very end.  MEMOIRS OF A TELEPHONE PIONEER appeals to early American history buffs as well as telephone industry veterans.  Order this perfect-bound 8½x5½” book with 196 pages and 33 photos today for $13 (Price includes shipping and PAYPAL fees):

ANOTHER STORY – Published by NKCHS 2013
A book of stories about Cle Elum and the surrounding areas of Peoh Point, Swauk, Teanaway, Liberty, Roslyn, Easton, and the long ago and mostly forgotten settlements of Casland and Jonesville –  stories that take you back to the early beginnings of this 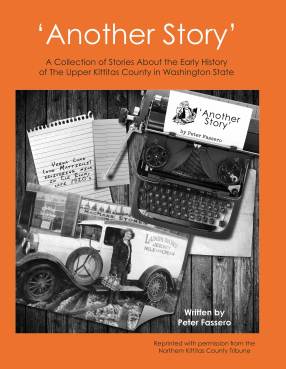 community nestled in the Cascade Mountains of central Washington state. Book contains a selection of 63 of Pete Fassero’s newspaper columns, written in the 1970’s and 1980’s and published by the Northern Kittitas County Tribune in Cle Elum, Washington. Pete’s stories told of the early pioneer families that settled in the upper county in the late 19th/early 20th century, and gave insight to their traditions and way of life. The stories are filled with historical facts as well as a good dose of personal anecdotes and fun tidbits about life in the “good old days.” Packed full of stories, names, and photos of pioneer families, farmers, miners and individuals who founded Cle Elum and its neighboring communities, this book will be a treasured “family” heirloom.

Order “Another Story” for $32 (Price includes shipping and PAYPAL fees): 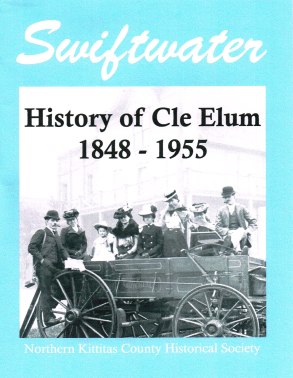 years, 1848 to 1955. Now, six decades later, the Northern Kittitas County Historical Society has dusted off the original manuscript and is presenting it for a new generation of historians to study. In addition to the new title “Swiftwater” (the local tribe’s translation of “Cle Elum”) we have added three appendices for further documentation of the town’s early record. These enhancements provide information on the Prohibition Era of 1916 to 1933 in Upper Kittitas County, and historical and biographical sketches of Cle Elum businesses and people completed by the local paper, The Cle Elum Echo, in 1909. Historical photos and a 1950 layout of the town have also been included in this 125 page 8.5×11 paperback book. 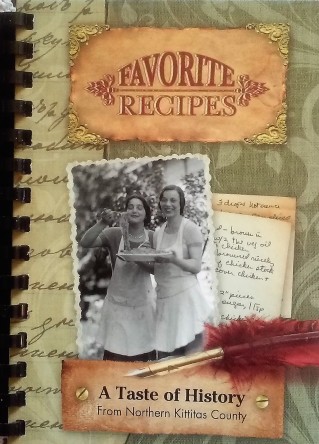 This collection of Upper County favorites includes not only recipes, but tells a story (complete with pictures!) of our diverse ethnic heritage. Supplies are limited, so purchase yours now.